After not becoming a well-known soccer player as it was my childhood ambition, I spotted cycling in 2004 at the age of 17. I then did my first marathon in Neuhaus and won it. From this moment I’ve been on fire with cycling and started at the new founded IBC-DIMB Racing Team. Every year there were new marathons, 24 hours- and cross country races.

In the following seasons I will especially concentrate on XCO races. After being part of smaller teams, such as MTB Team Wolfsburg, light-bikes or the team „Fitnessinsel Gronau“, I’m looking forward to be a part of the r2-bike.com MTB RACING now. 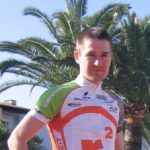